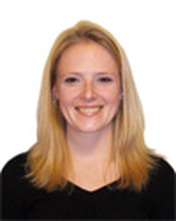 Sara Buhrlage, Ph.D.
Sara joined the DFCI Cancer Biology and HMS Biomolecular and Cellular Pharmacology faculty in 2015.  Prior to making the move to an academic position Sara was a professional track scientist in Dana-Farber's medicinal chemistry core laboratory.  In that role she collaborated with cancer biologists and clinicians to pharmacologically validate novel targets of disease in vitro and in vivo and to study mechanisms of disease and drug resistance.  Sara received her PhD in organic chemistry from University of Michigan in 2008 under the direction of Professor Anna Mapp then trained for two years in medicinal chemistry at the Broad Institute before moving to DFCI.  In addition to pursuing novel strategies for challenging drug targets Sara enjoys playing soccer, cooking and spending time with her husband and daughter. 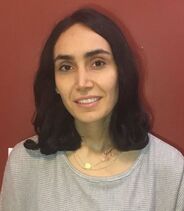 Mona Sharafi, Ph.D.
Mona is a postodoc working on rational design of DUB inhibitors by combining her skills in synthetic and computational chemistry. She is originally from Iran and received her MS from Sharif University of Technology in physical chemistry and PhD from University of Vermont focused on the synthesis of selective supramolecular catalysts and well-defined polymers. 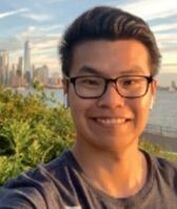 Wei Pin Teh, Ph.D.
Born and raised in Malaysia, Wei Pin moved to United States in 2012 for his undergraduate studies in Florida. He then moved to Seattle and obtained his doctoral degree from University of Washington-Seattle where he focused on developing new methodologies for constructing C-N bonds. His research focus at Buhrlage lab is on the development of bifunctional small molecules targeting deubiquitinating enzymes. In his free time, Wei Pin enjoys playing volleyball, swimming, video games, and exploring new restaurants.

Yanran Lu, Ph.D.
Yanran is a postdoc working on rational design of DUB inhibitors. She is originally from China and received her MS from University of Southern California in pharmaceutical sciences and PhD from the Ohio State University, focusing on identification of small-molecule probes and potential therapeutic lead analogues to address multidrug-resistant bacterial infections. Outside the lab, she enjoys swimming and running.

Anthony Varca, Ph.D.
Anthony is a graduate student in the Harvard Chemical Biology PhD program. He grew up in Wethersfield, CT and received his B.S. in Chemistry from Northeastern University. After graduating, he spent 3 years as a research technician in Dr. James Bradner's lab at DFCI doing medicinal chemistry prior to graduate school. His research interests include the development of small molecule probe compounds for studying DUBs' role in disease and function. In his spare time, Anthony enjoys playing and watching soccer, going camping and cooking/baking. 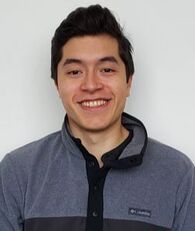 Anthony Ayala
Anthony is a student in the Harvard Chemistry and Chemical Biology program. He grew up in Cheverly, Maryland and obtained a B.S. in Chemistry from the University of Maryland in College Park. Prior to graduate school, he worked with Dr. Luke Lavis at the Janelia Research Campus on the synthesis of novel fluorogenic tools to enable high-resolution fluorescence microscopy experiments. His focus in the Buhrlage lab is on the optimization of small-molecule deubiquitinating enzyme inhibitors. Outside of the lab he enjoys hiking and scary movies.
​ 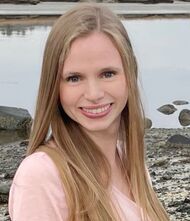 Ariana Bratt, M.D.
Ariana is a graduate student in the Chemical Biology PhD program at Harvard. She received her BS in chemistry from Rice University and MD from UCSF. Her research interests include chemical biology and cancer biology.
​ 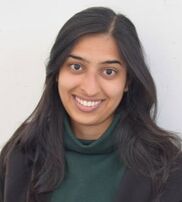 Binita Shah
Binita is a student in the BIological and Biomedical Sciences Ph.D. program at Harvard. She is joint with the Fischer Lab, also at DFCI. She grew up in Long Island, New York and obtianed her B.A. in Cellular and Molecular Biology from Barnard College of Columbia University in 2019. Her research interests include structural biology and structure-based drug discovery. During her spare time, Binita enjoys exploring Boston, traveling, reading, and spending time with her friends and family. 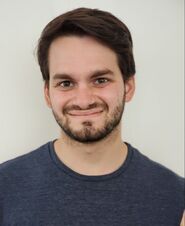 Nicholas Girardi
Nick grew up in Pound Ridge, NY and graduated from the University of Wisconsin-Madison in 2020 with a degree in Biochemistry. He is a graduate student in Harvard’s Biological and Biomedical Sciences Program and a joint student with the Marto Lab. His research interests include using mass spectrometry to aid development of small molecule DUB recruiters. Outside of lab he enjoys reading and long distance running. 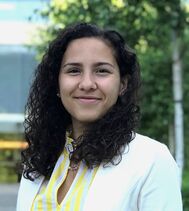 Isabella Jaen Maisonet
Isabella is an NSF Graduate Research Fellow in the Harvard Chemical Biology PhD program. She grew up in Olathe, Kansas but her family is originally from Panama and Puerto Rico. She earned her B.S. in Chemistry from the University of Massachusetts Amherst in 2020. Her research interests include organic synthesis, small molecule probe development, and therapeutic discovery. In her spare time, Isabella enjoys yoga, cooking for friends, and salsa dancing.

Cara Starnbach
Cara grew up in Needham, MA and graduated from Bates College with a B.S. in chemistry in 2019. Prior to joining the Buhrlage lab, Cara spent two summers in the lab of Dr. Nathanael Gray where she developed her passion for medicinal and organic chemistry. At Bates, her research was supervised by Dr. Jennifer Koviach-Côté and focused on the total synthesis of a carbohydrate compound with potential antiviral activity against RSV. Cara’s research interests include chemical biology, carbohydrate chemistry, organic synthesis, and medicinal chemistry. In her spare time, Cara enjoys cooking, rowing, surfing, and traveling to new places!